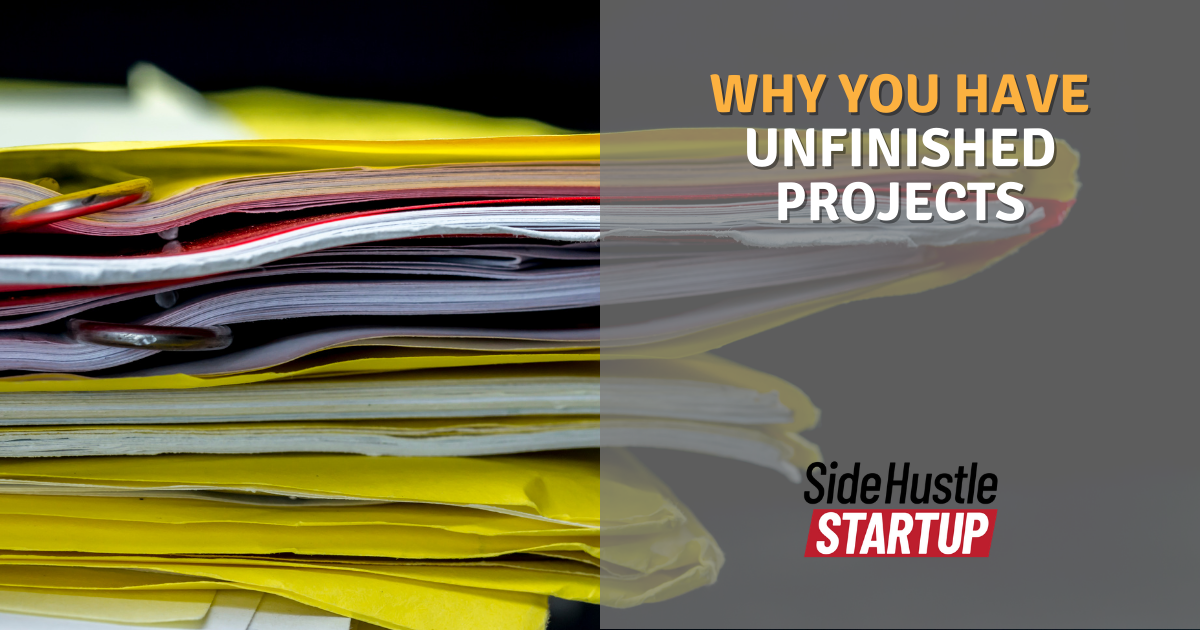 3 Aggravating Reasons Why You Have Unfinished Projects

Pretty much everyone has projects that have yet to be finished. They often start out as a great idea or method to achieve more success in one form or another. The idea stays in your brain and new thoughts emerge about how to make the most of it.

Pretty soon, you are working towards completing your idea and gathering new information about getting it on track. This makes you wonder why you have unfinished projects. Then, at some point, it all seems like work rather than a goal. What was once exciting now becomes a chore, and then it sits there, half-finished.

The frequency with which great ideas eventually turn into unfinished projects is numerous and most people will have more than a few. But why does something that seemed so promising at first turn into an inability to finish projects?

Why You Have Unfinished Projects – Taking On A Project To Big

One important reason is the size and complication of the project are never fully realized until the easy or quick part is accomplished. For example, if you were considering writing a book, the easy part is jotting down the ideas, creating an outline, and even writing the introduction or important chapter.

However, at some point, you’ll need to write the entire book, go over it numerous times, then send it to an editor which costs money before having it published which is another chore. It’s little wonder that there are so many unfinished books.

For someone who starts something but never finishes, the excitement of new supplies or new ideas can also lead to making a project more complicated than it needs to be. You can feel frustrated when there’s too much effort needed for each step, or you’re trying too many new things at once. Your great idea can start to feel like a big mistake.

Sometimes a project just doesn’t feel fun anymore, perhaps because one of the previous three reasons set you back. When you lose motivation for a project, what that really means is other circumstances have blocked your connection to joy which then leads to never finishing anything. Whatever meaning and deeper satisfaction underpin your process, this connection is what fuels creation.

Always Be Honest With Yourself

Be honest with yourself about your limitations, this includes acknowledging that time is not an infinite resource. For each person, there is going to be a limit to the amount of work you can do on a given day, both mentally and due to the fact, there are only so many viable work hours. You need to define how much time you can actually dedicate to work and make sure you don’t burn out by sacrificing time off and finish what you started.

It’s better to earn consistently than to take on too much and then not be able to earn at all. Recognizing your limitations will help you determine how many clients or projects you can have going at any one time. These limitations will also keep you focused, and not confused about what to work on: not trying to take on too much will ensure you can actually finish what you start.

Related: How to Overcome Procrastination

Why You Have Unfinished Projects – Starting at the Wrong End

Another reason so many projects go unfinished is people start them in the wrong place. For example, if you are going to write a series of instructional books, the first step is to make a quick outline and start writing.

By going to the meat of the project first, you may discover quickly it’s either going to work or not. If not, then at least you didn’t waste so much time on it. In other words, figure out what is needed and do it first. Worry about the smaller stuff later once you have completed what is needed to be done, that helps on how to finish projects you started.

There’s danger in shiny new projects, too, when you’re in the middle of one project, nothing looks better than a new one. The project you’re working on is difficult and so much work, and maybe you’re not feeling inspired anymore. Maybe you’re even in that phase of the work where you hate everything you’ve done. Of course, the only way to cure that apathy or dislike is by finishing the project you’re working on.

For people with creative interests, not to mention many responsibilities, it can be so hard to stay focused. Whether by new ideas, new projects, or simply a new episode of a favorite podcast, distraction is the fastest way to get off track. While you have so many good intentions, it can be hard to resist the lure of the next new thing.

Why You Have Unfinished Projects – Not Being Organized In Your Projects

For people with never-finish anything syndrome, there are also several traits that may affect how someone starts something but never finishes it. Some of these may be:

Sometimes it’s not failure, but the success that makes people clam up and avoid completing a task or project. Do too good of a job the first time around, and you might be setting yourself up with impossible standards for the future. That may answer your thought of: “I never finish anything”.

There’s little worse than feeling paralyzed by indecision. You want to make all the right choices and take all the right steps, but this quest for perfection can seriously stall your progress. Then, projects can continually get pushed aside in waiting for that perfect time when you feel creative and skillful.

Some people who are hypo manic sleep only a few hours a day, and yet they say they feel rested. At the same time, many creative people are energetic and while they are in the “flow” may need less sleep than normal. Hypomania and mania are periods of overactive and too excited behavior that can have a significant impact on your day-to-day life.

If that hypomania is dysphoric, a single thought becomes an unstoppable gladiator, and there is nothing sensible you can tell yourself to fight it. Progress gets held hostage to anger and frustration, or whatever unreasonable emotion that has activated the gladiator.

Identifying the patterns in your thinking that underpin different symptoms will allow you to cope more effectively. Knowing that depression is holding you back versus anxiety is crucial because they need to be addressed differently.

It’s not that procrastinators are lazy. More likely they busy themselves doing things other than what they are supposed to be doing. Claiming you work best under pressure another of the procrastinator’s favorite go-to’s is simply not true. When put under time restraints to complete a task, we find that subjects claiming to work better under pressure actually produced worse results.

If you have a way out of something, you will be tempted to take it. Just like hitting the snooze button on your alarm clock, if you can find a way to put off something important it will probably happen. So, let go of the safety net and focus on what needs to get accomplished.  By getting rid of having ways out of your project, you will dedicate more time to what needs to be done and this reduces the unfinished projects.

If there is no need for an exact order or no nearing deadlines, you can also put the hard stuff first. Whenever possible, do the hardest part of your to-do list first each day. If you wait to tackle the major task on a given day, it can overshadow the rest of your workday. Maybe you drag your feet because you don’t want to start, it’s too difficult, or you feel overwhelmed by your scheduled tasks.

There’s a serious benefit to getting the big task out of the way, for one thing, you get the accomplishment boost to your morale and that’s as important when working from home as it is in any on-site traditional job. It also gives you a feeling of relief, and subsequent tasks seem that much easier when you’ve got the big one down.

So, the next time you are getting excited about a project, dive right into the meat of it and do the hard work first. If it’s not turning out the way you want or involves a great deal more work than you can handle, at least you did not waste much time on it which helps on how to finish what you started.

However, if it is working, then use that enthusiasm to drive you to the finish line. Remember, the little things like getting business cards for example can be done later. If you follow this path, you will not have unfinished projects sitting around that do nothing but waste your time. 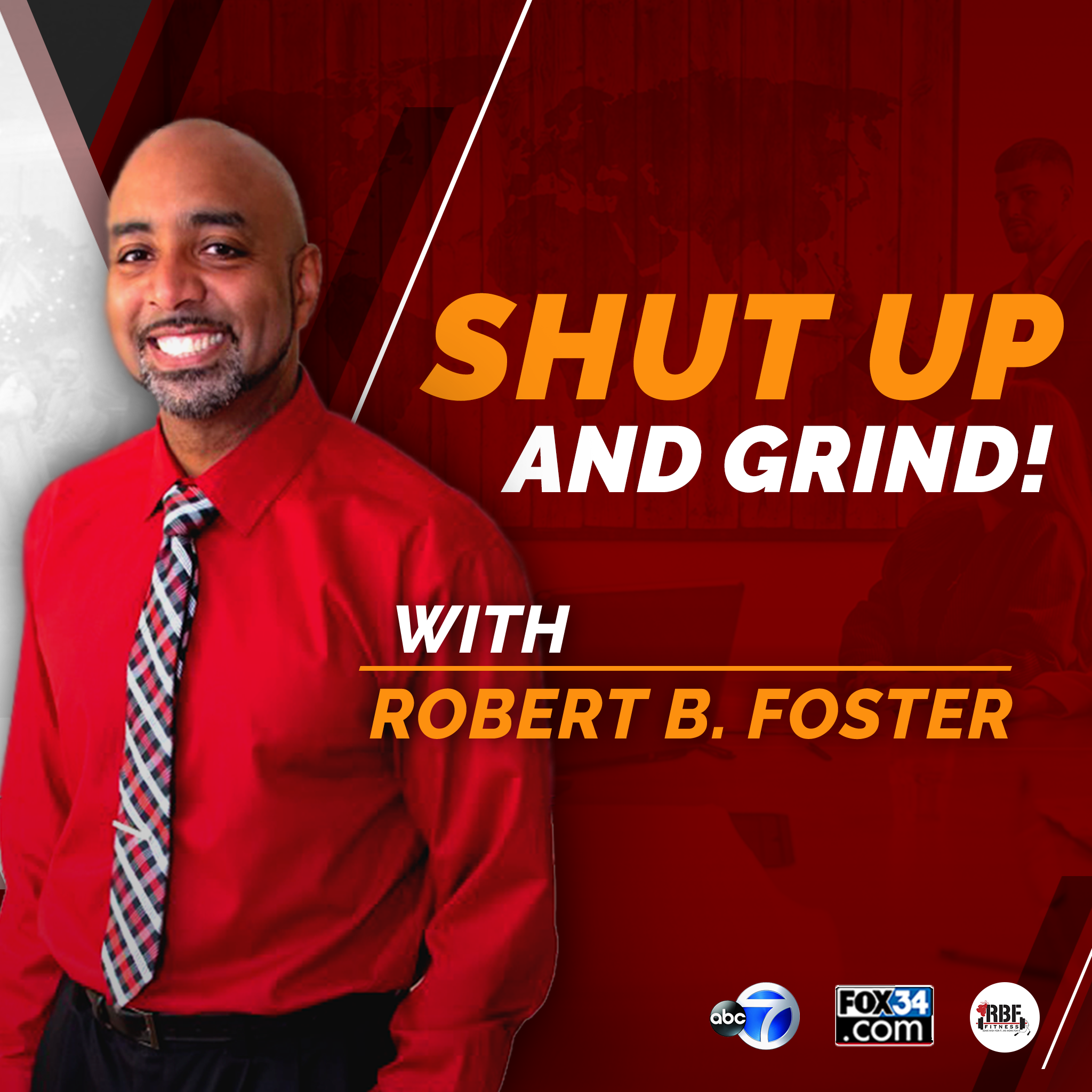 Robert B. Foster is an award-winning international speaker, mental health advocate, and host of the hit podcast Shut Up and GRIND where he inspires guests to share their stories of trauma, survival and defying the odds. 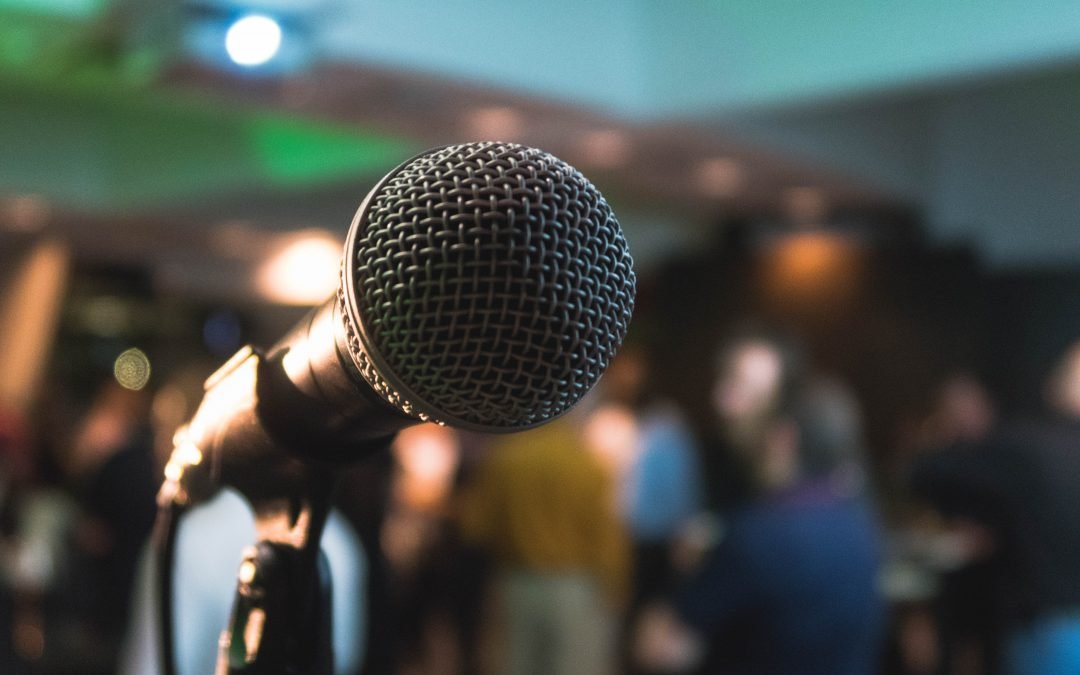 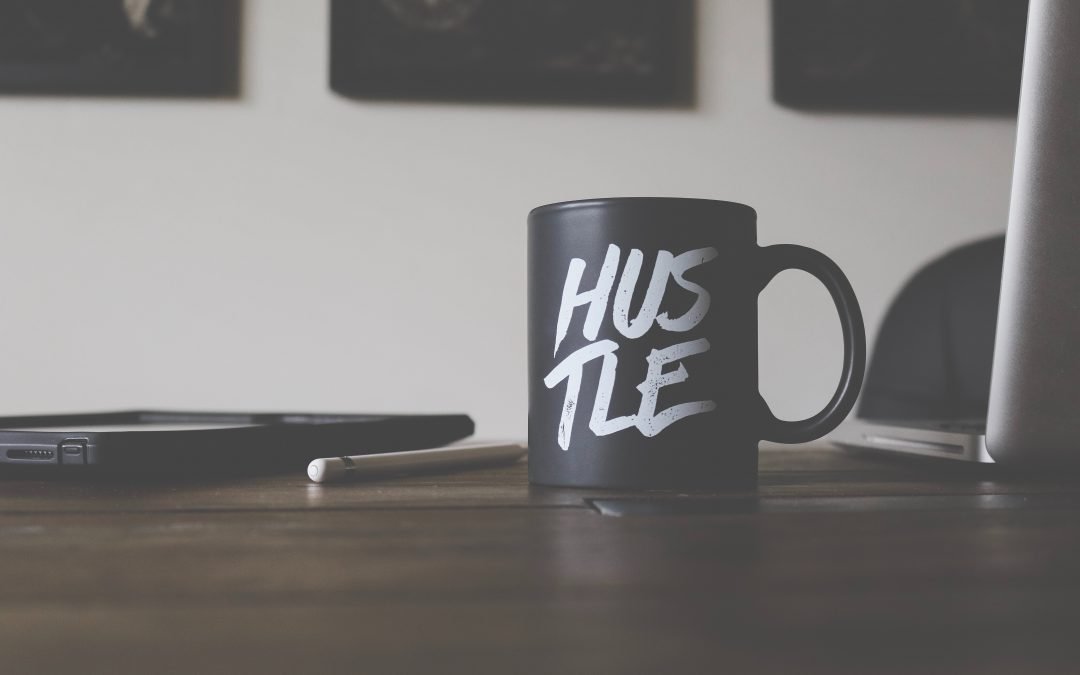 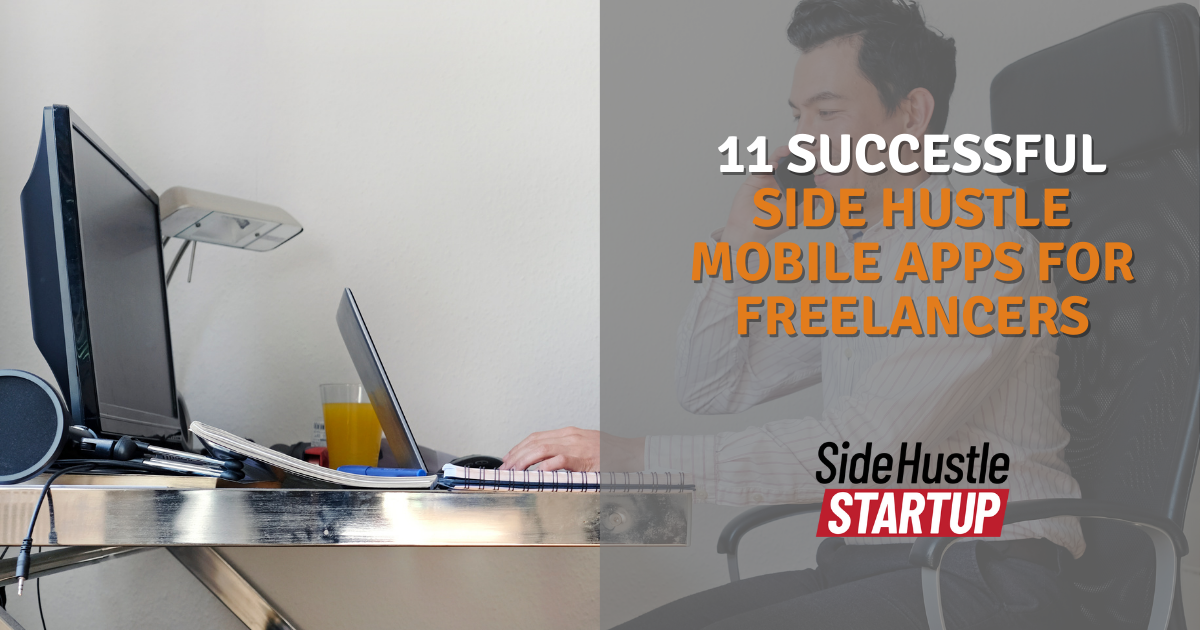 11 Successful Side Hustle Mobile Apps for Freelancers Something that a lot of people don’t know is that there are a variety of ways to make some extra money by only using your phone and other mobile devices. 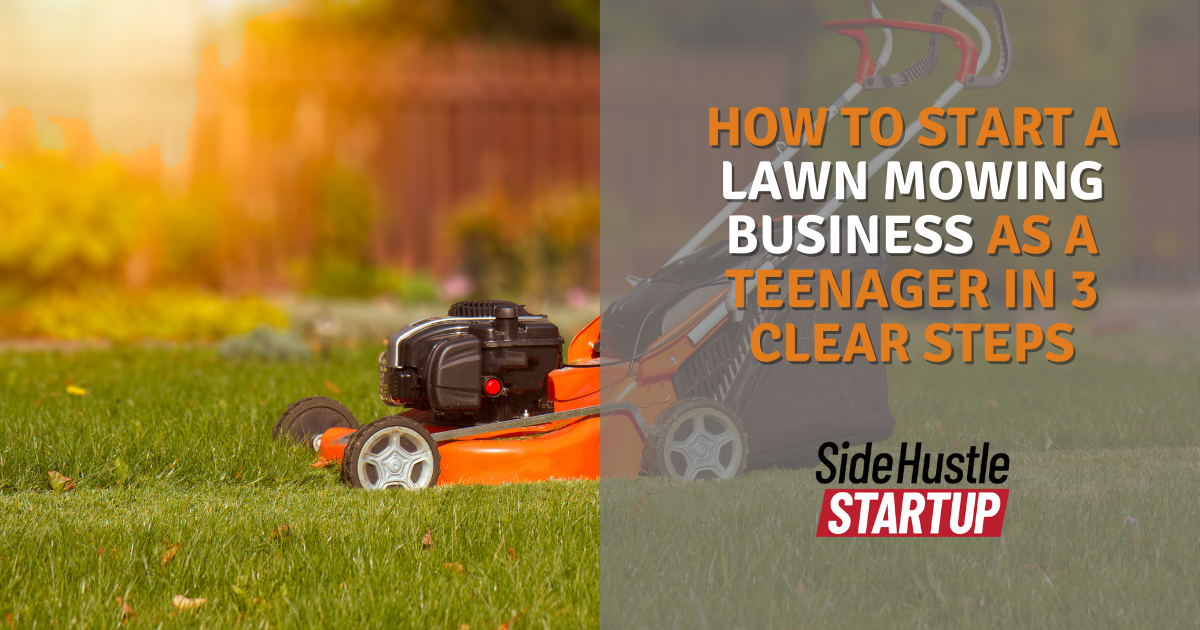 How to Start a Lawn Mowing Business as a Teenager in 3 Clear Steps Just like adults, teenagers often need to make money. 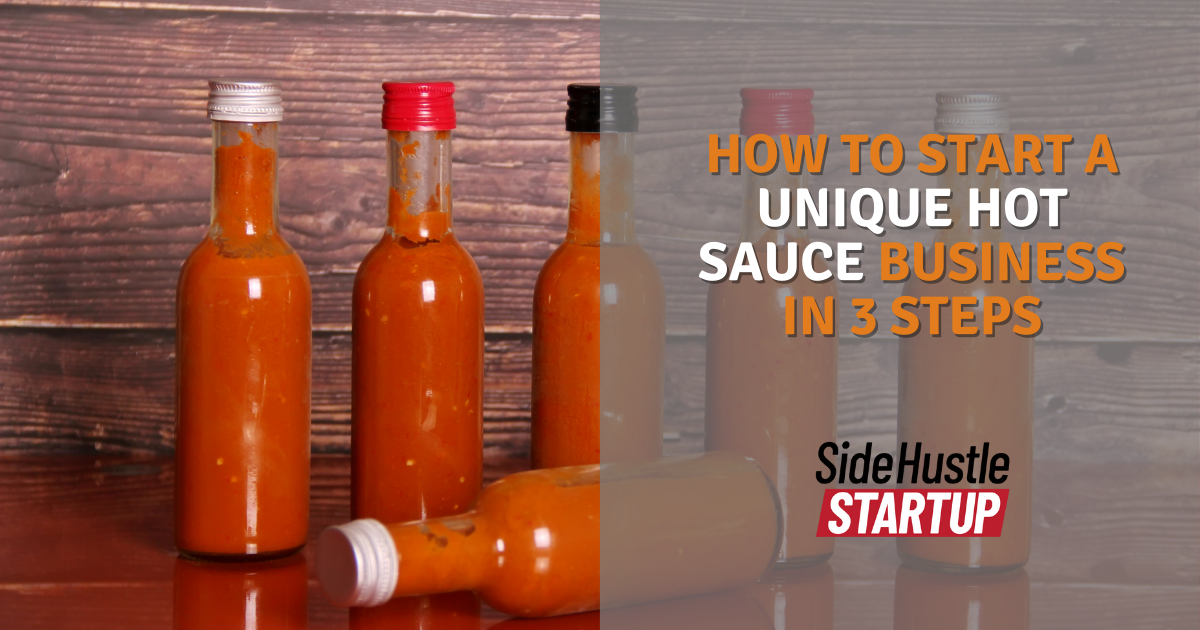 How to Start a Unique Hot Sauce Business in 3 Steps Are you thinking of turning your tried-and-true hot sauce recipe into a business? 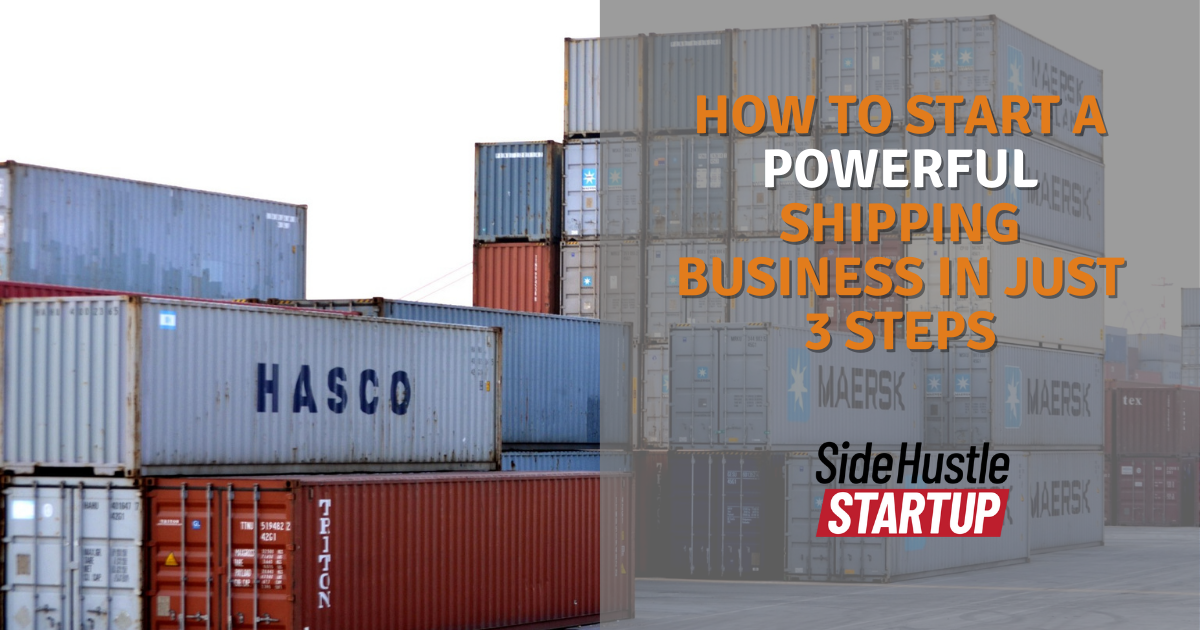 How to Start a Powerful Shipping Business in Just 3 Steps Shipping businesses are absolutely essential all over the world. 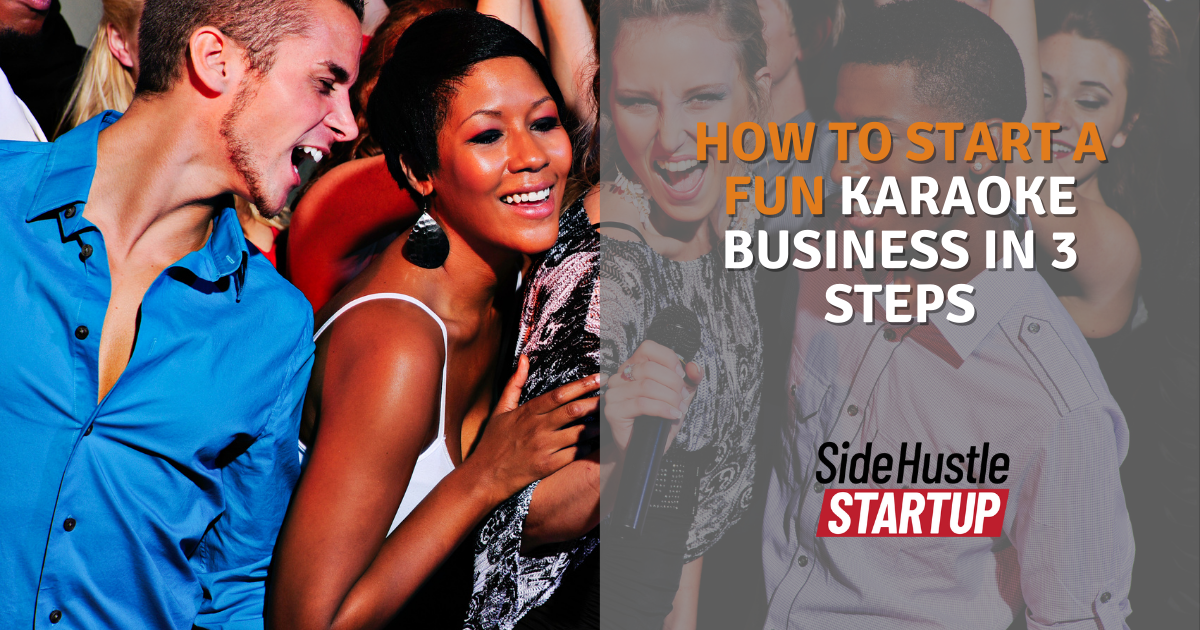 How to Start a Fun Karaoke Business in 3 Steps Many people dream of singing or otherwise performing on a stage in front of an adoring audience. 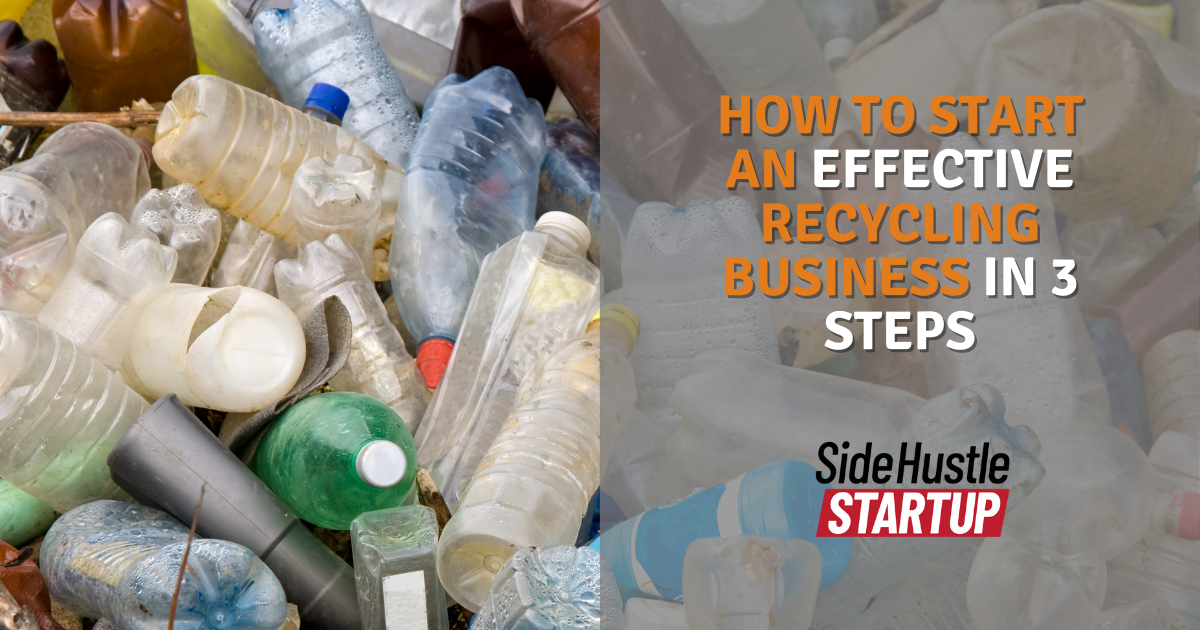 How to Start an Effective Recycling Business in 3 Steps A recycling business is a great idea if you are someone who wants to devote their time and energy to a worthy cause like helping the environment. 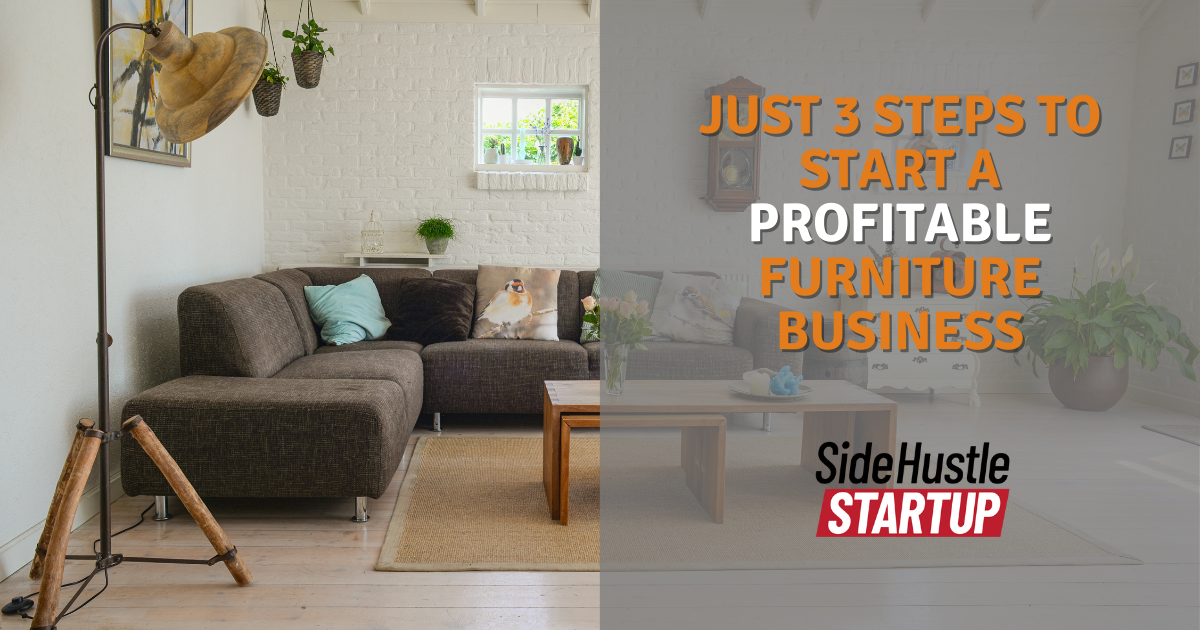 Just 3 Steps to Start a Profitable Furniture Business Everyone needs new furniture at some point in their life, whether it is for a new house or business, a new member of the family, or simply due to a change in taste and décor. 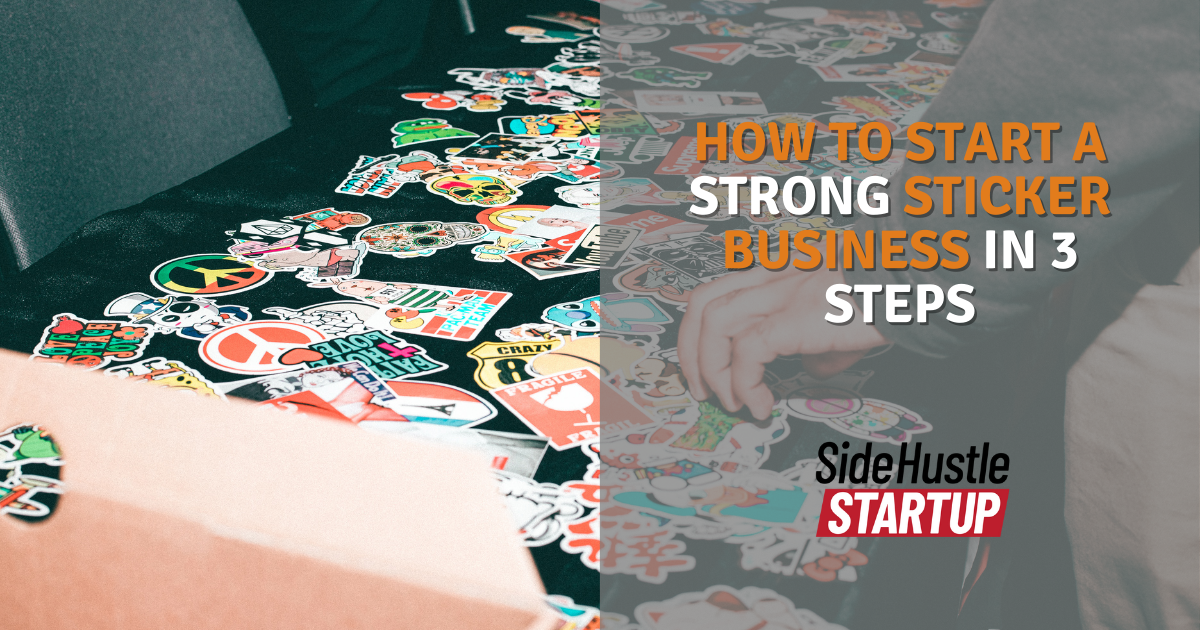 How to Start a Strong Sticker Business in 3 Steps Are you a creative type looking to share your art with the world while making a profit?